Article by Preity Bhandary. This article was originally published on iBuildNew.com.au and has been reproduced here with permission.

A pristine beachside suburb on the coast of Perth in Western Australia, Alkimos, located in the City of Wanneroo, is witnessing a futuristic development in the coming years. Mostly renowned for its white sandy beaches, and often dubbed as one of Perth’s ‘hidden gems’, it was named after the shipwrecked Greek freighter ‘Alkimos’ in 1963. Alkimos’s scenic ocean views and relaxed lifestyle is what is drawing a particularly large population of couples who want to settle and raise their families. Could an ocean change be what you need? Read on for our guide to this area.

The Neighbours
The age distribution of the suburb is much lower than the national average, with recent data from the Australian Bureau of Statistics listing the median age of residents as 28 years. Of the approximate 6,296 people living in Alkimos, children aged 0-14 comprise 25.9%, while people aged over 65 account for 3.5% of the population. Almost 47.6 % of the population in Alkimos consists of married couples.

The Commute
The most common method of transport for commuting to work is via car, with 62.3% people driving to work. Currently, the work for Alkimos Railway station on the Joondalup line is in progress, with completion expected in 2021. The line will run from Perth to Butler. Alternatively, buses 490 and 491 run from Butler Station to Yanchep Beach, with stops on Marmion Avenue in Alkimos. 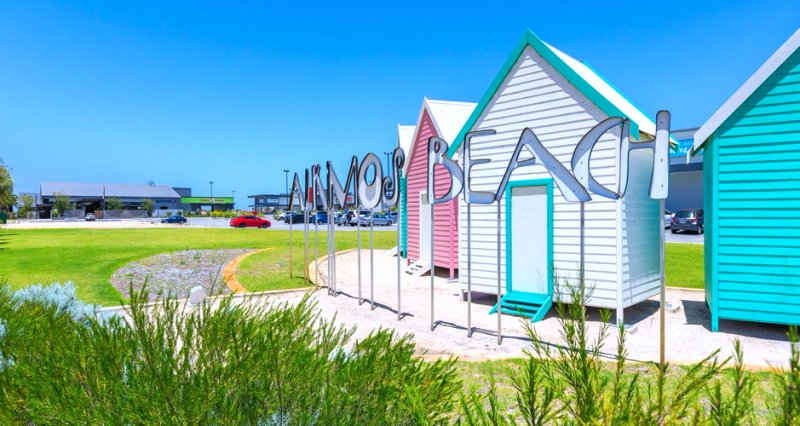 The School Run
Alkimos has several newly opened educational institutions for primary and secondary schooling. Among these, Alkimos Primary School, St James’ Anglican School and Alkimos Primary School are the most favoured public schools within the suburb. The closest tertiary institution is located on the Joondalup campus of Edith Cowan University, which is a 20-minute drive from the suburb.

Shopping For The Family
The Gateway Shopping Precinct on the corner of Marmion Avenue has a range of specialty stores, children’s precinct, gymnasium, and an IGA. On the same street, Trinity Village Shopping Centre is a newly built complex consisting of a variety of other retail stores. Coffee shops and shore-side cafes on Picasso Promenade and Portside Promenade are other popular dining spots in the suburb. 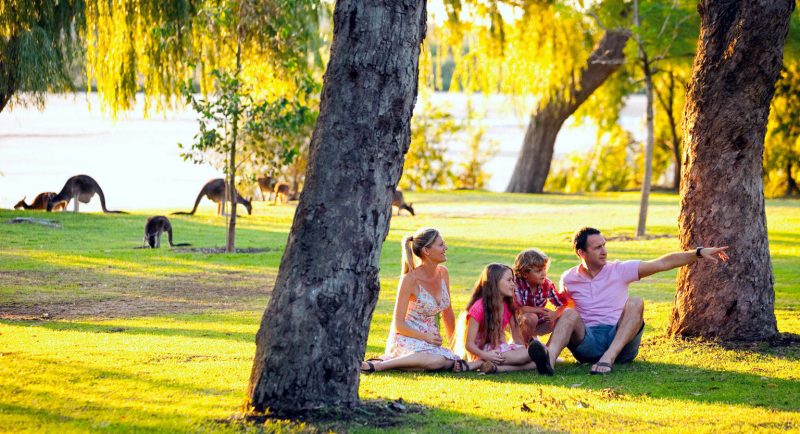 What’s Going On?
Alkimos Beach along Marmion Avenue is the perfect retreat for its turquoise waters and calming waves. The beach also has shore side cafes, soft-grassed areas and BBQ facilities to unwind and relax on the weekend. On the other hand, Bristlebird Park on Bristlebird and Alkimos Park on Santorini Promenade & Kells Rd have bushwalking trails, playground facilities, and other amenities. Yanchep National Park, a twenty-minute drive from Alkimos, is another popular destination for nature lovers. From walking trails to spot the indigenous grey kangaroos and koalas to picnic spreads in banksia woodlands, the National Park offers plenty of adventure tours and activities for lone travellers and families alike.

Looking to relocate to this beach-side suburb?  Search for your perfect property via our current listings. Alternatively, get in touch with one of our helpful property experts.